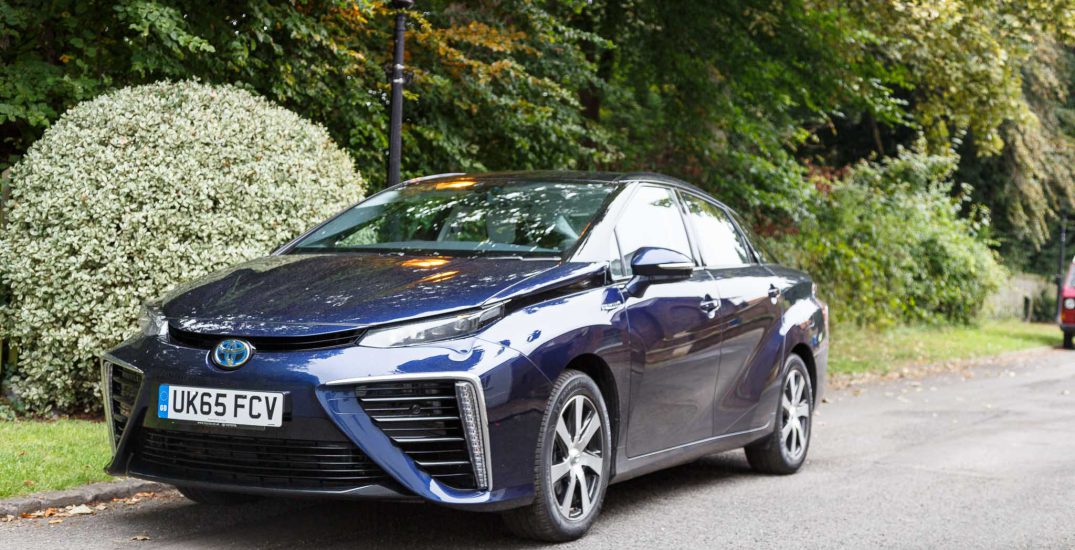 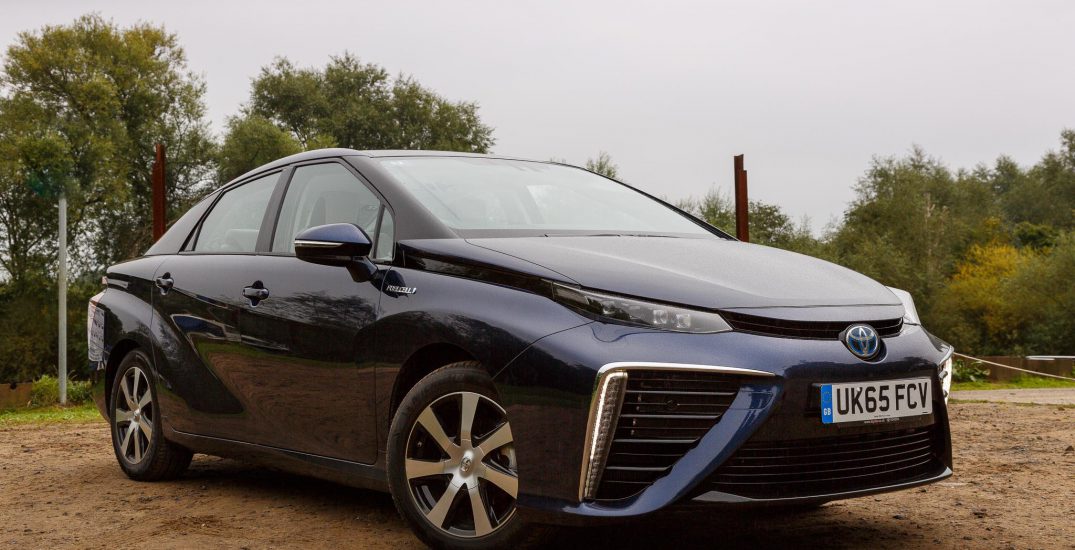 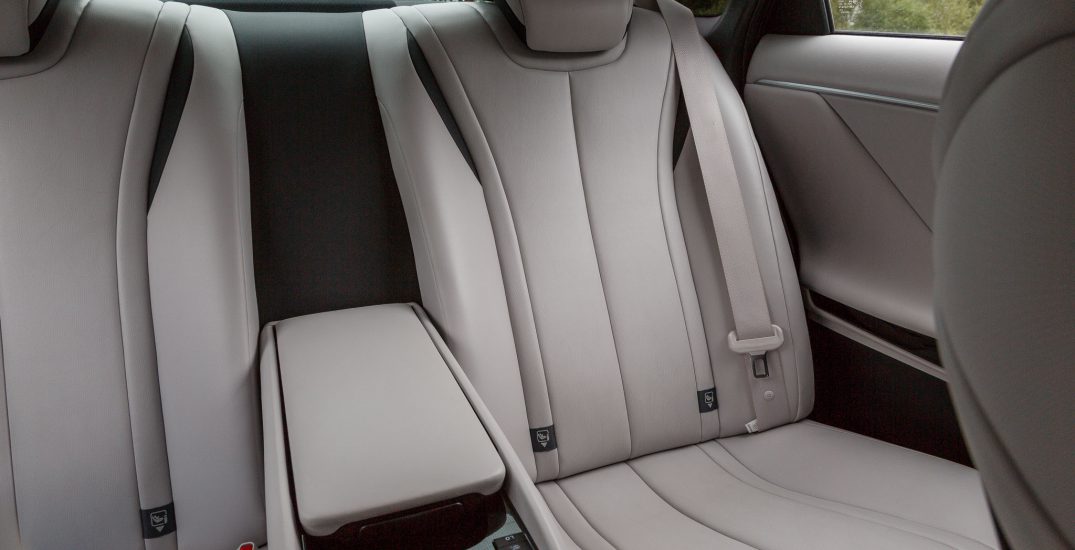 I had a chance to test out the radical Toyota Mirai, and here are my thoughts on it.

What is the Toyota Mirai all About?

While there are 35 registered Ferrai LaFerraris in the UK, guess how many Mirais have we got registered in the UK? 200? 300? Nope, just 11 so we hear. Hydrogen fuel cell technology (FCV) is not a new concept. In fact, Toyota had been developing FCV since 1992. Toyota named it the Mirai because it translates literally to ‘Future’, and thus displaying Toyota’s vision of future powerplant technology.

The Mirai is also among the pioneers of commercially available FCV vehicles, with the other two being the Honda Clarity and Hyundai Tucson Fuel Cell. While it’s a rebel against the usage of combustible fuel and electric vehicles, the styling of the car is still quite understated in my opinion. Sure, there are uniquely shaped front vents and a weird bodyline with the rear tail lamp section separated into two, but there are no obvious indications that this is something else other than a normal plug-in hybrid.

The car looks like it’s been assembled in two separate parts, the upper window portion and the lower body portion. There’s a massive bulge following a curving line over the rear fenders, it really is subjective on the preference of looks for this car, but at least it gets your attention. There are no engines per se in this car, instead, there’s a hydrogen fuel cell system, Toyota Fuel Cell System (TFCS), to break it down, it converts compressed hydrogen into electrical energy to drive the wheels, so it’s really a hybrid.

There’s also no gearbox in this thing, instead, it directly drives the front wheel electrically, so it’s FWD. While it puts out decent power, 152 bhp and 335 Nm of torque, it’s pretty heavy at 1.85 tonnes, so it hits 62 mph from a standstill at 9.6 seconds, to a top speed of 111 mph. Here’s the funky part of the Mirai: it runs on compressed hydrogen, so the fuel figure measures in kg/100km. Converted, the Mirai runs an equivalent of 66 mpg, and puts out absolutely no CO2. That’s because it generates electricity by mixing hydrogen and oxygen, which is basically water.

Starting the Mirai is just like any other car, you sit in, push the power button and it’s good to go, the only difference is you don’t get any engine start up sound. In essence, the Mirai is still an electric car, since it runs on generated electricity. With that in mind, I figured it’d drive like a typical electric car with a different type of fuel.

It has one of the best trait that any car can have. That is instant torque. While it’s not exactly quick, 9.6 seconds to 62 mph is average at best, that 335 Nm of torque that comes right away when you floor the throttle. This gives the Mirai a huge sense of urgency, and no doubt helpful in overtaking other vehicles. However, while it does pretty good on the straights, it’s quite a contrasting story in the corners. Because it weighs so much due to bulky batteries, motors and the powerplant, you definitely feel the heft in the corners. Additionally, it has soft suspension, which means that it’s not exactly suited to enthusiastic driving.

Thanks to that soft suspension however, the ride quality is ace. It irons out bumps on the road very well, interior noise is also very minimal. Most of the time, you can only hear hints of wind and road noise and a bit of whir from the fuel cell. Overall, the Mirai is really more suited to relaxed town driving and motorway journeys, and you really have to take it easy on the twisties. It’s not bad to drive, just that it’s more specialised. It’d probably be much worse if Toyota didn’t keep the centre of gravity low and implement aerodynamic bits on the bottom of the car.

The interior quality really is top notch for the Mirai. The Mirai’s interior is wrapped in very clean looking white leather throughout, and the seats provide good support. Another plus is that all four passengers are treated equally, that means heated seats for everyone. Nothing on the interior of this car feels flimsy; everything is well built by Toyota. Instead of buttons, Toyota has gone with a more futuristic approach to reflect the Mirai’s purpose. The buttons all require only light touch, and most of the functions are dealt with by Toyota’s own infotainment system. The driver’s information are fed from the large 4.2 inch screen on top of the console, almost everything on the screen can be customised as well to suit the driver’s needs. It’s easy enough to take a glance at it to take in information while driving the Mirai.

All of the switches are also illuminated, and the silver trimming of the interior goes well with the Mirai’s primarily light-coloured interior. However, I would’ve wished for bigger buttons, as it feels somewhat fiddly trying to adjust settings on the fly. The steering feels bulky and good enough for a family car. In general, it’s a serene interior, everything feels premium about this car, and in my opinion, a big difference compared to how the car looks from the outside. The luggage capacity is also decent at 361 litres. It was quite unique driving the Mirai. It’s not about the driving characteristics, but the appreciation you have when you know the amount of engineering that went into it to make it at least commercially available. Still, hydrogen fuel cell technology hasn’t been well received from everyone. The whole concept had been critiqued by many different people, all with their own opinion stating that hydrogen is not the best alternative to fossil fuel. One advantage hydrogen has over electrically charged vehicles is definitely the convenience though. It takes 3 minutes to fill the car up with hydrogen, and it achieves similar mileage to any other fossil fueled vehicles. The real problem is the lack of hydrogen fueling station though, which can change.

The biggest issue with the Mirai is the fact that it costs 66 grand. Yes, you heard that right. It’s easily double the costs of many other rival cars in its segment, and with the lack of hydrogen fueling stops, it’s no wonder that the Mirai is not widely adopted yet. That price tag alone makes most of the running cost savings negligible. Still, if you’re the kind of bloke that has a deep pocket and likes to adopt new technology, Toyota has a £750 contract hire program that provides maintenance, tyres and fuel for four years, or 60,000 miles. Otherwise, you might want to look elsewhere.